Welcome to our Church
Home of the famous Medieval Wall Paintings
​ 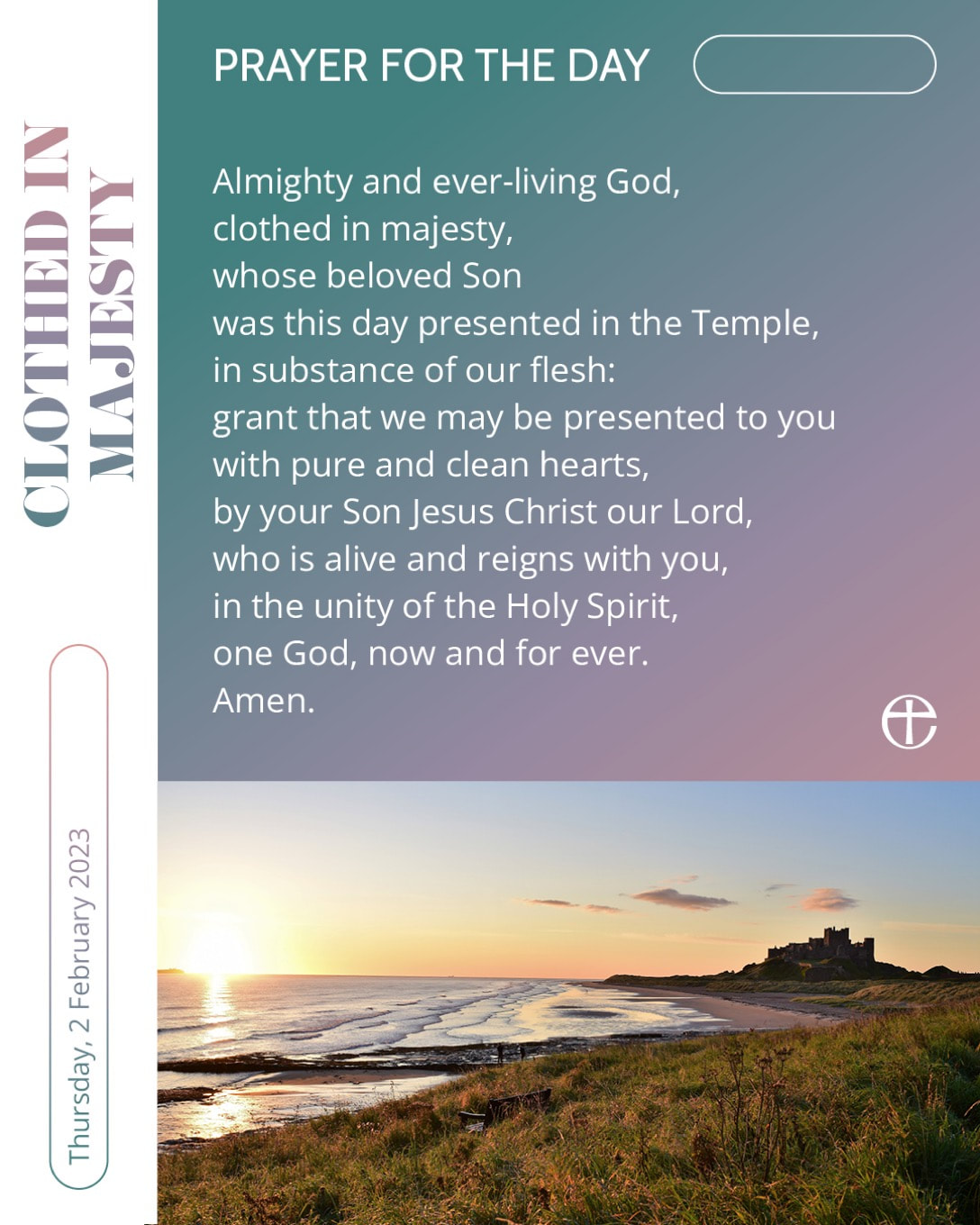 'May the God of hope fill you with all joy and peace as you trust in him, so that you may overflow with hope by the power of the Holy Spirit.'

- Romans 15:13
​St Peter and St Paul’s is a living Church, part of the Church of England Diocese of York. We have a large and active congregation, who continue a thousand year old tradition of prayer and worship.

The Church is also popular with couples wanting marriage or baptism for their children; it is well used by the town for civic and community occasions and concerts, and provides a real focal point for Ryedale. Its extensive medieval wall paintings also make it a wonderful source of enjoyment for pilgrims and visitors from all over the world.

The Church is open daily from 9am until 4pm during the winter months.   It is a space of great peace, valued by many who seek to draw closer to God in public worship or private prayer. So once you have explored this website, come and explore for yourself, this ‘House of God and gate of heaven’.

​Pickering Benefice is committed to safeguarding and promoting the welfare of children, young people and vulnerable adults, and expects all to share in this commitment.  Our standards of practice ensure all are fully aware of and understand their responsibilities under safeguarding legislation and statutory guidance which includes criminal record checks.
​
Our Parish Safeguarding Policy, in keeping with the new Church of England guidelines is in place, having been ratified by the vicar and approved by the PCC. A copy has been forwarded to the Diocesan Office and a copy of the full Policy is available on request.
Our Parish Safeguarding Representative is Gail Radka, who also represents the benefice parishes of Marishes, Lockton and Levisham. For Safeguarding issues, she can be contacted on 07736645932 or PkgPSO@outlook.com and our policy and other Safeguarding information is available here. Please do contact her if you have any concerns. Alternatively you may contact the Diocese of York Safeguarding Team on 01904 699524 or safeguarding@yorkdiocese.org. 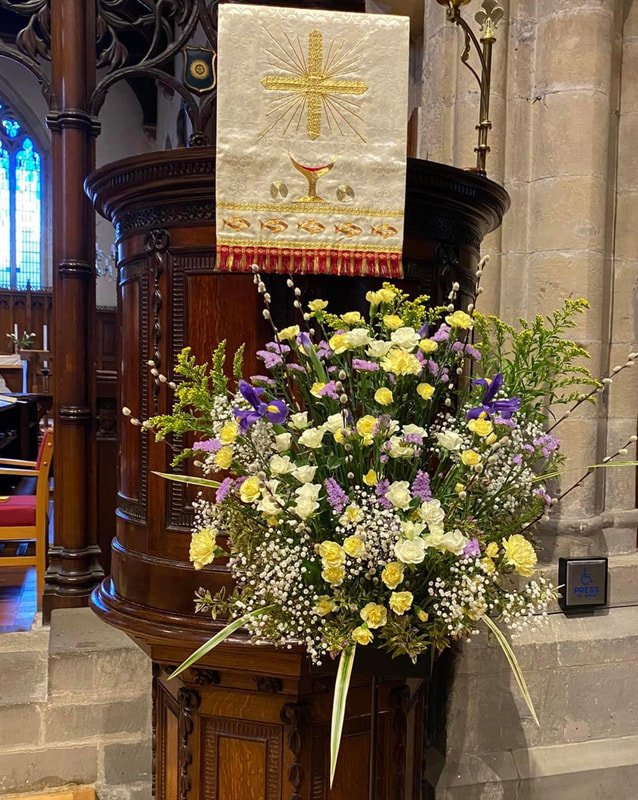 Here is a link to the video made by Ryedale Festival in 2022 as part of their Seven Mercies Project at the church in May.  It features some lovely shots of the church and is a nice snapshot of outreach work that takes place in Pickering.
https://www.youtube.com/watch?v=Zgyva7Y6-t4&t=8s
CHURCH GIVING
A few people have asked how they can support the church financially whilst they can't do their normal weekly giving.   We do still require your offerings of money!  We have ongoing expenses and commitments and the coffers will inevitably drain a bit low! Please continue to use Pam’s letterbox to drop off church donations – either envelopes, cheques (made payable to PCC of Pickering Parish Church) or other loose cash (In a sealed envelope marked for the Church).  If you are unable to go outside, please ring, and we will see if there is an alternative way to collect. 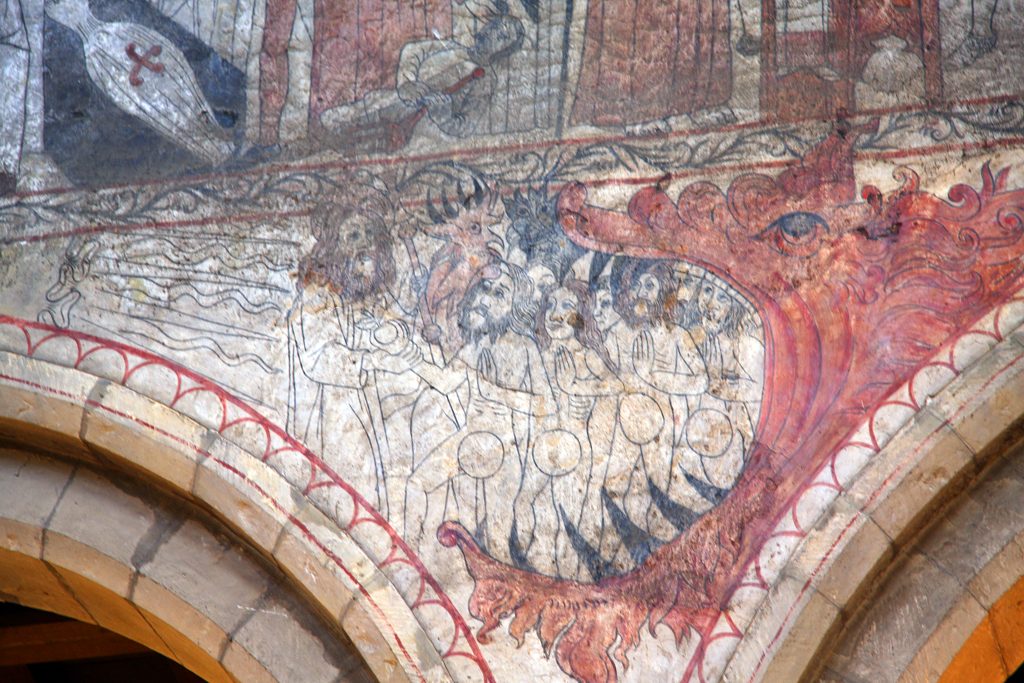 ​Some history of the building

The Church you see today was built on the site of an earlier, Saxon building. Little is known about this early Church, and all that remains is a carved cross shaft and the bowl of the stone font. The Saxon Church on this site may well have been wasted during William the Conqueror’s ‘harrying of the North’.

The early Norman Church, which was built around 1140, would have been of simple cruciform layout, with a central tower surrounded by a nave, a chancel and two transepts. Soon, aisles were added to this original structure: the north aisle in about 1150 and the south aisle towards the end of the twelfth century. The present west tower was built in the early part of the thirteenth century, and sometime in the fourteenth century the chancel was widened to cope with the liturgies of the period. A porch was also added, and then, in the fifteenth century, two chantry chapels, either side of the high altar. On the abolition of the chantries, the Roucliffe Chapel, on the south side of the sanctuary, was for some time a school, before, in 1920, undergoing renovations to restore it to liturgical use.

The medieval wall paintings, which give our church its fame, were probably first commissioned in 1450, and were painted the following decade, as details in the costumes and armour of some of the figures makes clear. Nikolaus Pevsner, the renowned expert on architectural history said that ‘This is one of the most complete set of wall paintings… and they give one a vivid idea of what ecclesiastical interiors were really like’. They are in fact one of about five sets of such extensive wall paintings still in existence in the country. The images vary in scale and in what they depict: some are large single figures; others tell stories. Details of each scene are given in the guide book, available from the Church bookstall.

Probably at the time of the Reformation, and certainly with the spread of Puritanism, the paintings were hidden from view with coats of whitewash. Only in 1852, with work being carried out to repair and clean the nave, were the paintings revealed. The Vicar at the time, the Rev’d Ponsonby, wanted them re-covered, showing his dislike of them in a letter to the Archbishop of York: ‘As a work of art [they are] fairly ridiculous, would excite feelings of curiosity, and distract the congregation’. He went on to say that ‘the paintings are out of place in a protestant Church, especially in these dangerous times’; he subsequently had them re-covered in a thick yellow wash within a fortnight of the discovery. Fortunately, what had been revealed was recorded by drawings made by W H Dykes, an assistant architect at Durham Cathedral.

In the 1870s the Church underwent extensive restoration, particularly to the tower and transepts. Box pews were replaced with the present oak pews and two galleries were dismantled. A decade later, once the restoration and reordering of the fabric was complete, the firm Shrigley and Hunt of Lancaster were contracted to restore the paintings. Though a lot of damage was done to the paintings by removing the covering paint and the memorials which lined the nave wall, the Vicar, Rev’d Lightfoot, insisted that where it was possible, restoration should take place rather than leaving fragments. The paintings were consequently extensively repainted and the whole project was finished by 1895.

The interior of the Church remained true to the plans of the Victorian restorers for most of the twentieth century. The chancel screen was erected in 1927 and the oak panelling of the sanctuary was completed in the same decade, with a new reredos dedicated in 1930. The vestries were added in the 1930s.

St Peter and St Paul’s continues to change with the needs of the community it serves, and in 1997, the Parochial Church Council decided to carry out an extensive reordering. Pews were removed from the west end of the nave to allow the font to be replaced and to provide an open space for congregating after services. The south transept was established as a memorial chapel, and the north transept was screened off to provide more storage space. The vestries were refurbished, and the whole project was completed in 2008. In 2016, and thanks to a grant made available under the Government’s Listed Places of Worship Roof Repair Fund, the roof of the north transept was repaired.

For nearly one thousand years, generations of Pickering’s residents have worshipped in this Church, been baptised in the font, married at the altar steps, and have had their funerals here. The work of this Church continues to this day with a vigorous body of worshippers and communicants, who continue to take part in regular worship. This Church is Pickering’s Parish Church and seeks to serve the whole community and to be there for all who need its ministry.
​
Guide books, with more information about the history of the Church and its interior, are available from the Church bookstall. 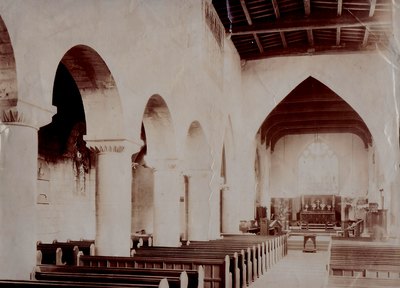 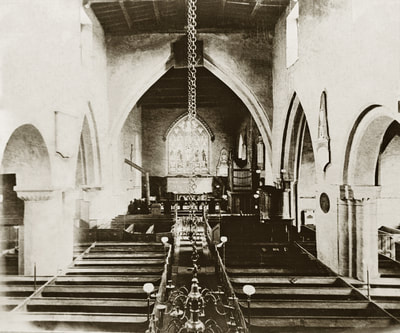 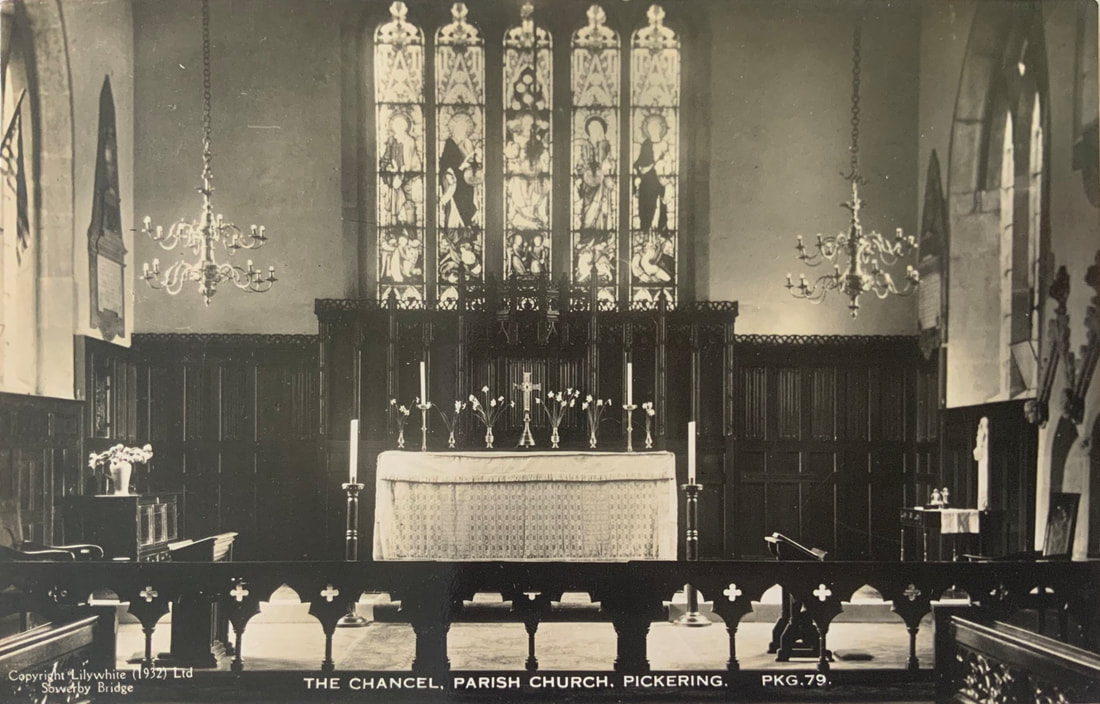 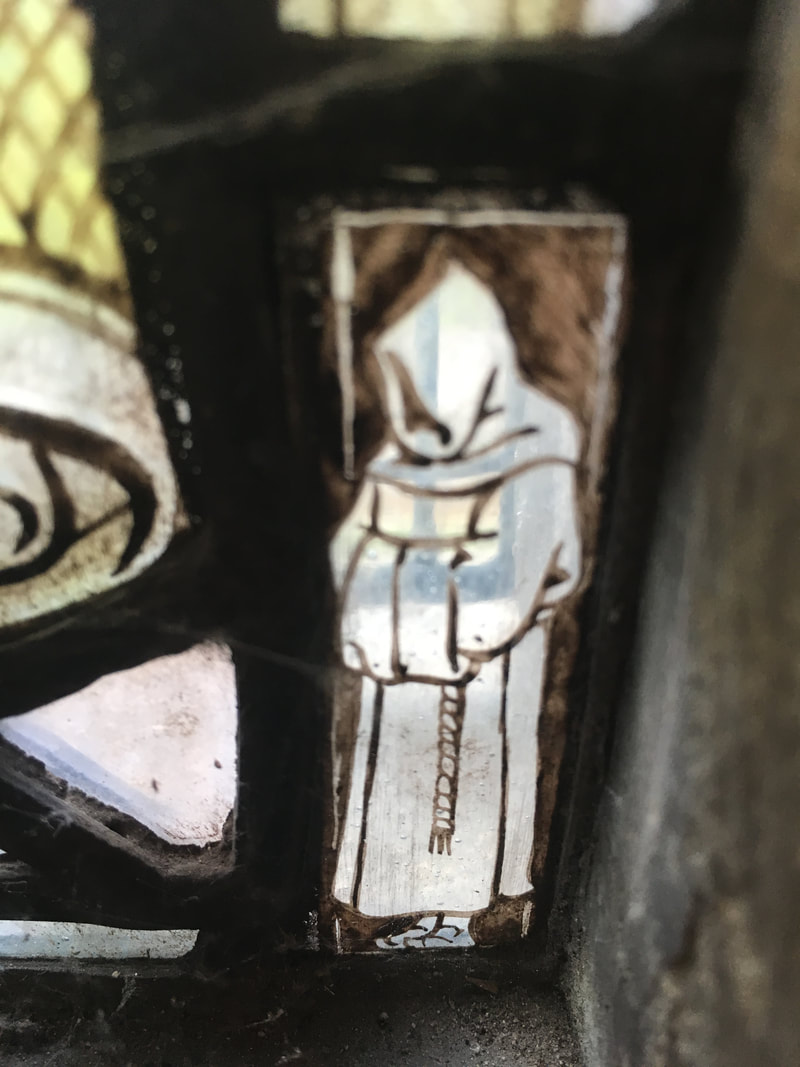 Can you find the monk hidden in one of the stained glass windows? 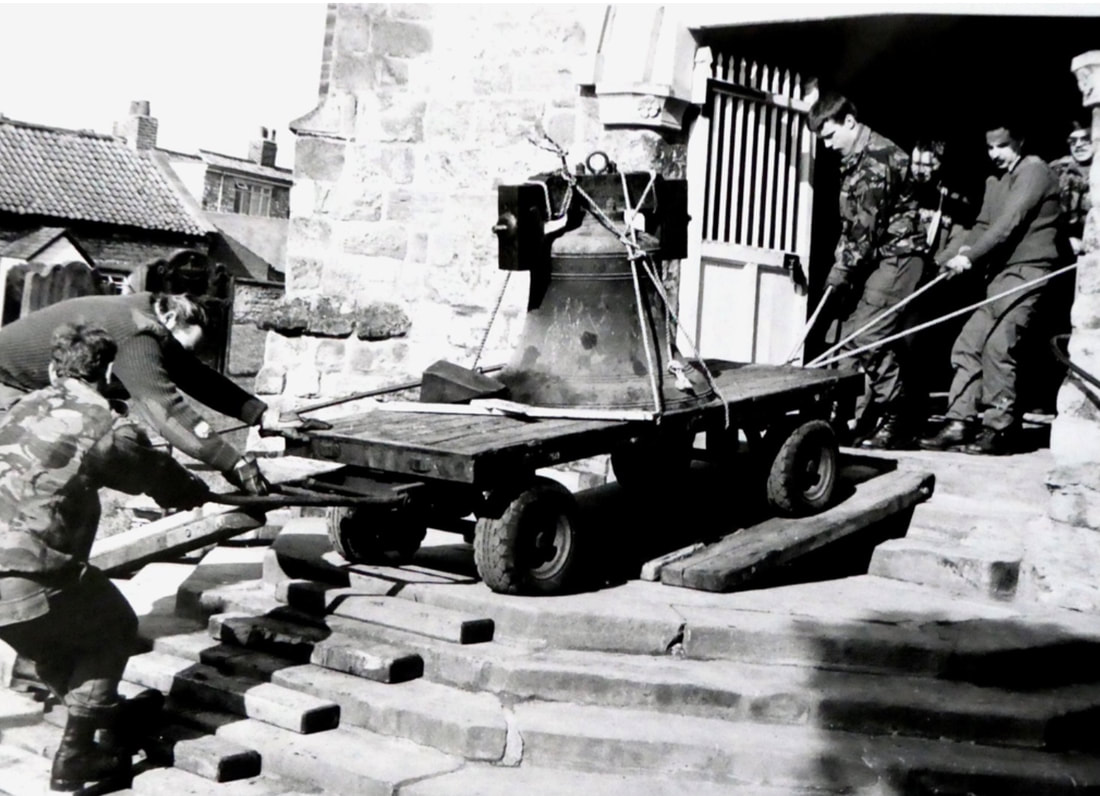 Territorial Army members from 124 Company, Royal Electrical and Mechanical Engineers (Volunteers) from Newton Aycliffe, County Durham lower the eight heavy bells from the belfry on 13th March, 1986. The bells were being sent to Whitechapel Bell Founders, London, for retuning.
The set of bells in the church replaced a peal of three in 1919, being cast as a war memorial for the town.
At that time, additional framework was installed to hang the eight bells to the three bell frame, which was deemed unsafe by Alan Hughes of Whitechapel, and led to the scheme of rehanging. Whitechapel designed the new bell frame which was built by Bogden and Wilson of Scarborough, with the installation work carried out by volunteers. The bells were retuned and the fittings refurbished as necessary. Much of the 1919 frame was reused in a new bell frame, some ten feet lower in the tower to make the ringing easier. 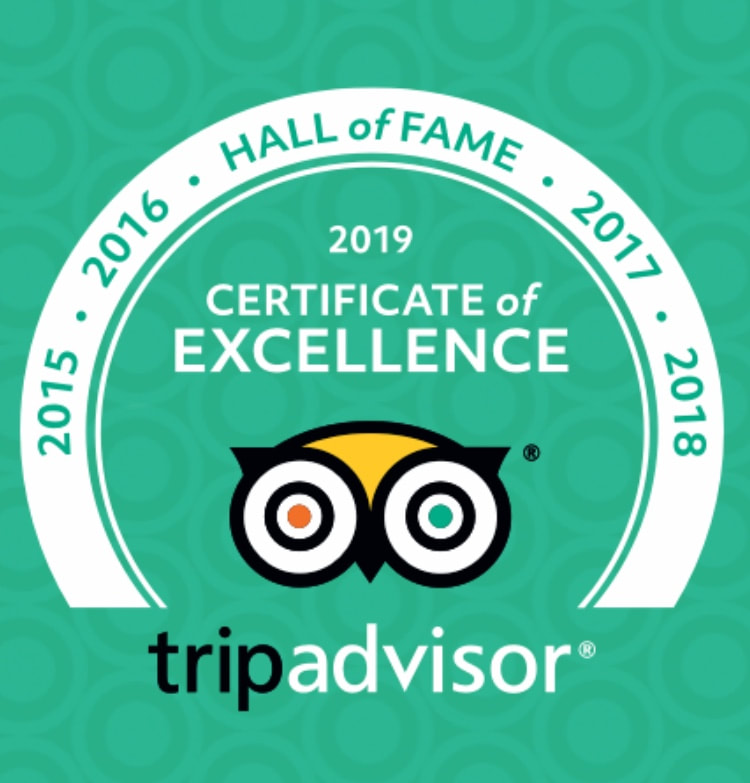 Click on the owl to go to our Trip Advisor page