The Church of St Mary, the Virgin

The original Parish Church of St Mary the Virgin, in the valley between Lockton and Levisham, is now a ruin. Archaeological and documentary evidence suggests that the first Church on the site was built in the early Norman period, though various pieces of carved stone have been found from Saxon times. The grave slab incised with a sword (which can be seen in the ruins of the chancel) may be that of Ralph de Bolbeck, a thirteenth century lord who had lands at both Lockton and Levisham. He may have built the Church in this spot in order to serve both his manors.

Today’s visitors to the secluded site appreciate its peace and tranquility; however, this would not always have been so: the main road from Whitby to Pickering once ran down Lockton bank and then followed what is now the bridle track to Farwath on the east side of the beck, marked on old maps as Sleights Road. So in medieval times, the Church may have stood near a busy road carrying farm traffic on its way to market, officials going about the business of the Royal Forest of Pickering, and churchmen and pilgrims travelling between Whitby Abbey and York Minster.

St Mary’s was extensively rebuilt in 1802 during the incumbency of the first of the two Robert Skeltons, at the joint expense of Parish and Rector: the walls, windows and roof were paid for by the Rector; the altar table, rails, seats and floor by the Parish. At this time, the Rector laid claim to a family vault within the altar rails. A number of plaques and inscribed memorials to various members of the Skelton family can be seen in the railed-off chancel of the ruined Church today. The tower was a later addition, built to commemorate Queen Victoria’s Jubilee in 1897.

As St Mary’s was so far from the village, a chapel of ease was built on the site of the present Church. Though it was used for services in the winter and for the annual Vestry Meeting, in the middle of the nineteenth century the roof gave way and the walls began to collapse, and so in 1853 the Rector, Robert Skelton, reported that it was now in ruins.

Around the same time, the Primitive Methodist chapel in the village began to offer an alternative to the steep and often muddy road down to St Mary’s, which caused some distress to Skelton. In 1865 he wrote to the then Archbishop of York, saying: ‘The great thing which specially impedes my Ministry and welfare of the Church is the Church being in the valley where there is a steep hill to go to it and back again and to which in winter none of the infirm and old people can go’. He brought to the Archbishop’s attention the ruined state of the chapel in the village and asked ‘how it can be assisted to be rebuilt again.’ Three years later he made another plea, and pointed out that whilst he had fundraised to rebuild Rosedale Church (which was also in his charge), he could not face doing the same all over again for Levisham where ‘the Parish is so small, and the inhabitants many of them poor’. Eventually, the chapel was rebuilt, but not for another twenty years.

The Malton Gazette of 26th April 1884 has a photograph showing a gentleman of clerical appearance, (presumably the rector, T H Berry,) and two other village worthies standing by a ruined wall, with an account of the foundation stone-laying ceremony of the new building. On 22nd November there is a report of the opening by the Archbishop of York of what was described as a ‘comely little Church’, which had cost about £260. It was later enlarged by the addition of the porch and bell turret, and, during the incumbency of W J E Armstrong (Rector, 1894-1924), by the building of the chancel. The pulpit is in memory of Armstrong’s father-in-law, Charles Wetherill.
​
Since the 1950s, the chapel of ease, dedicated to St John the Baptist, has been the Parish Church of Levisham. Services now no longer take place in St Mary’s, though the graveyard remains the burial ground for the village to this day. An annual service is, however, held outside the grounds of the ruins, and the Church is a popular attraction to visitors and walkers. 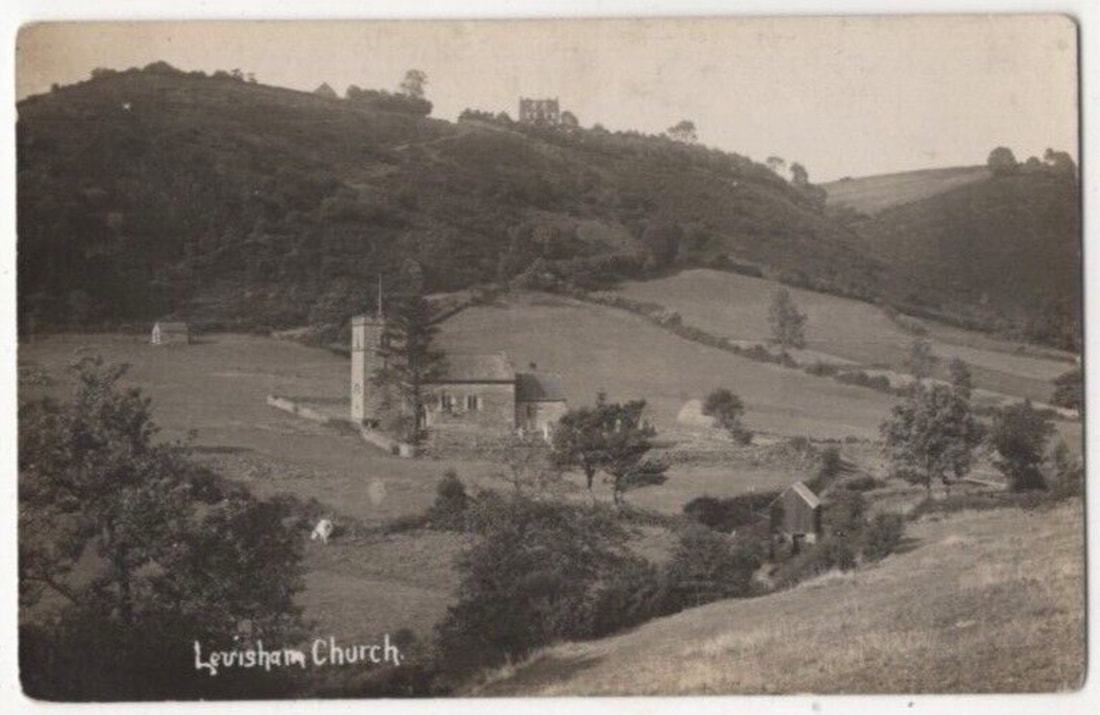 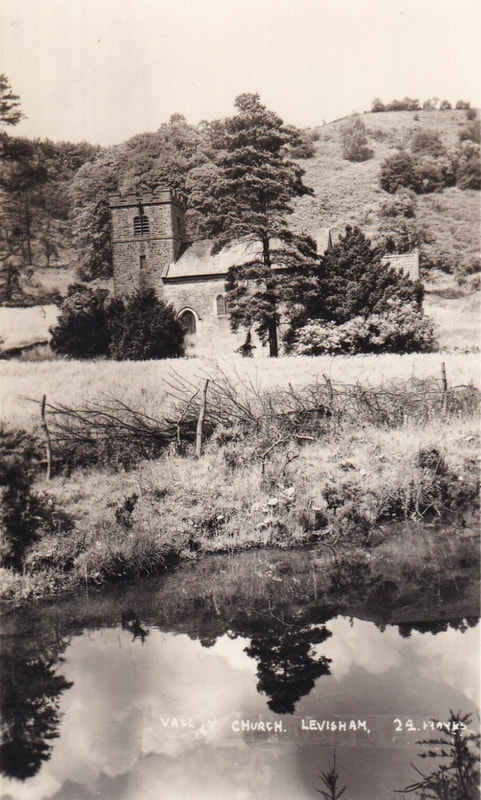